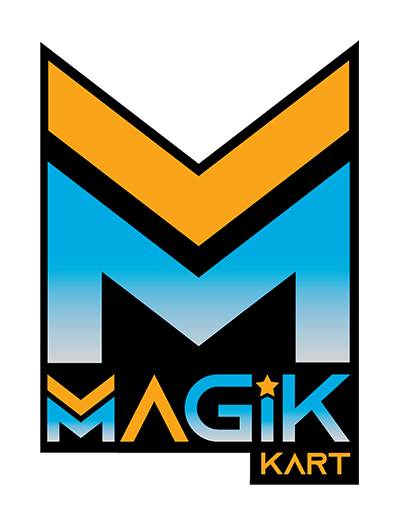 The Magik Kart/Checkered Motorsports team was able to continue the success from the start of the 2020 season and put there foot down as the best shifter kart team in America. The team was able to capture 5 of the 6 finals wins over the course of the two weeks at New Castle. The team was lead by AJ Myers capturing 3 wins along with a win a piece by Andrew Bujdoso and Rory Van Der Steur. The team was also able to capture the Number 1, 2 and 3 plate with a clean sweep of the Championship podium. The champion was AJ Myers, followed by Rory Van Der Steur on the second step and Andrew Bujdoso rounding out the championship podium in third.

Race 1 Recap
Pro Shifter had drama throughout the day, and to the final circuit. Defending champion Kyle Wick (RPG / Tony Kart) set fast time in qualifying before Magik pair of AJ Myers and Andrew Bujdoso worked past in the Prefinal. Myers led the opening 10 laps of the Final before a broken chain put him on the sidelines. That put Bujdoso to the point with pressure from Wick and 2016 champ Danny Formal (ANSA / Charles Leclerc). On the final circuit, Wick dove to the inside of Bujdoso at turn three. The two made contact on the exit, with Formal trying to slip past both. More contact continued down the straight, spinning Wick completely around and Formal into the wall. Bujdoso escaped and drove to the checkered flag for the victory. Race Liberante (Race Factory) crossed the line in second but was removed for being too wide in tech. That promoted 2017 title winner Jake French (PSL / Birel ART) to second and Brickyard winner Devon Smith-Harden (HMG / CompKart) third. Billy Musgrave (Factory Kart) and Kyle Kennedy (HMG / CompKart) completed the top-five.
Original Story – https://ekartingnews.com/2020/08/07/ekn-trackside-2020-skusa-pro-tour-summer-festival-round-one-report/

Race 2 Recap
Magik kart earned a second victory on the weekend, this time at the hands of Rory van der Steur. 2016 champion Danny Formal (ANSA / Charles Leclerc) jumped out to the lead in the main event. 2018 title winner AJ Myers (Magik) moved up to second and challenge Formal for the top spot. The two made contact on lap 12, shuffling up the lead group. Top qualifier and Prefinal winner van der Steur took over the point and was able to lead the remainder of the 16-lap race for his first SKUSA Pro Tour victory. Saturday winner Andrew Bujdoso (Magik) ended up second with 2017 champion Jake French (PSL / Birel ART) in third. Formal ended up fourth with defending champ Kyle Wick (RPG / Tony Kart) fifth.
Original Story – https://ekartingnews.com/2020/08/08/ekn-trackside-2020-skusa-pro-tour-summer-festival-round-two-report/

Race 3 Recap
Sunday in Pro Shifter belonged to AJ Myers (Magik). The 2018 champion controlled the field all day, earning a sweep on the action. After setting fast time in qualifying, Myers led all 10 laps in the Prefinal and 16 laps of the Final for his first victory since the 2019 WinterNationals. Saturday winner and Magik teammate Rory van der Steur was a solid second with Danny Formal (ANSA / Charles Leclerc) able to finish on the podium in third. Kyle Wick (Tony Kart) and Race Liberante (Race Factory) ran uncontested to round out the top-five with Jake French (PSL / Birel ART) and Billy Musgrave (Factory Kart) having mechanical issues early.
Original Story – https://ekartingnews.com/2020/08/09/ekn-trackside-2020-skusa-pro-tour-summer-festival-round-three-report/

Race 4 Recap
Pro Shifter welcomed the fourth different winner of the 2020 SKUSA Pro Tour season. Breaking up the Magik Kart sweep is 2017 champion Jake French (PSL / Birel ART). French was second after qualifying behind 2016 title winner Danny Formal (ANSA / Charles Leclerc). Formal won the Prefinal with Round Three victor AJ Myers (Magik) slotting into second. Formal grabbed the holeshot but French went on the attack quickly. On lap two, French took the lead from Formal and was able to keep the top spot for the remainder of the 18-lap race to earn his first victory on the season. Myers worked past Formal for the second step of the podium with Billy Musgrave (Factory Kart) earning his best finish of the program in fourth. Fast time went to Round Two winner Rory van der Steur (Magik), ending up fifth.
Original Story – https://ekartingnews.com/2020/08/14/ekn-trackside-2020-skusa-pro-tour-summer-festival-round-four-report/

Race 5 ReCap
Pro Shifter welcomed a first two-time winner of the event with 2017 champion AJ Myers sweeping the action. Myers (Magik) was able to secure fast time in qualifying and lead every lap of the Prefinal and Final. Danny Formal (ANSA / Charles Leclerc) was able to escape in the second position with defending champion Kyle Wick (RPG / Tony Kart) winning the fight for third over Rory van der Steur (Magik). Round Four winner Jake French (PSL / Birel ART) improved to fifth. Josh Pierson (RPG / Kosmic) was able to record his second victory of the program with a sweep of Round Five in Pro Shifter 2. Pierson drove away to a 2.5-second advantage in the Final over Round Four winner Vicente Salas (Factory Kart). Anthony Freese (PSL / Birel ART) rebounded from a DNF in the Prefinal to a podium spot in third. Gavin Bayliff (Trinity / Birel ART) and Jason Henrique (Rivera / GFC) completed the top-five.
Original Story – https://ekartingnews.com/2020/08/15/ekn-trackside-2020-skusa-pro-tour-summer-festival-round-five-report/

Race 6 ReCap
Magik Kart USA made a statement over the two weekends with their performance over the six rounds. AJ Myers (Magik) won Round Five and came into the finale with the championship lead. The 2017 SKUSA Pro Tour champion pulled off a similar performance to what he did that SummerNationals, sweeping the action to secure the championship. Myers led every session on the day, leading every lap on track to claim his second career championship, joining Fritz Leesmann as the only other driver to earn two titles in the headline shifterkart category. Behind him, Round One winner Andrew Bujdoso (Magik) ran unchallenged in second. The fight on track was for third with Rory van der Steur coming back from on incident in the Prefinal. Rory drove from 16th in the race group to third overall, giving Magik a sweep of the podium and of the championship podium. Myers returns as the #1 with van der Steur earning the SKUSA #2 plate and Bujdoso remaining as the SKUSA #3 holder. Four-time SKUSA SuperNationals winner Billy Musgrave had his best performance of the event with a fourth in his Factory Kart machine while 2019 title winner Kyle Wick (RPG / Tony Kart) ended his reign at the top with a fifth place finish.
Original Story – https://ekartingnews.com/2020/08/16/ekn-trackside-2020-skusa-pro-tour-summer-festival-round-six-report/ 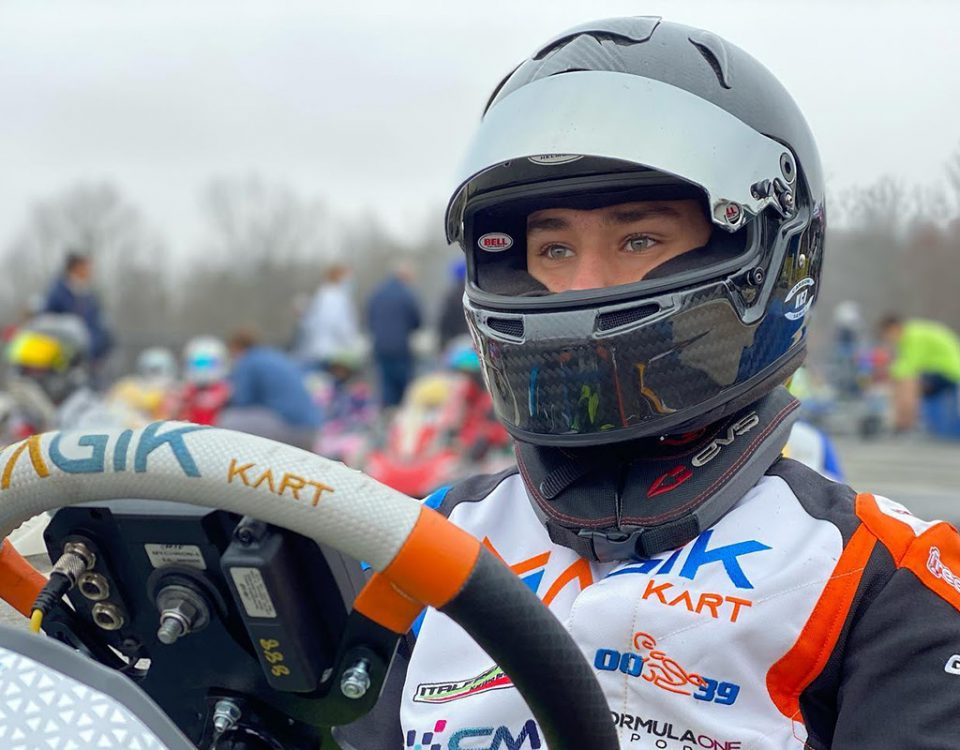 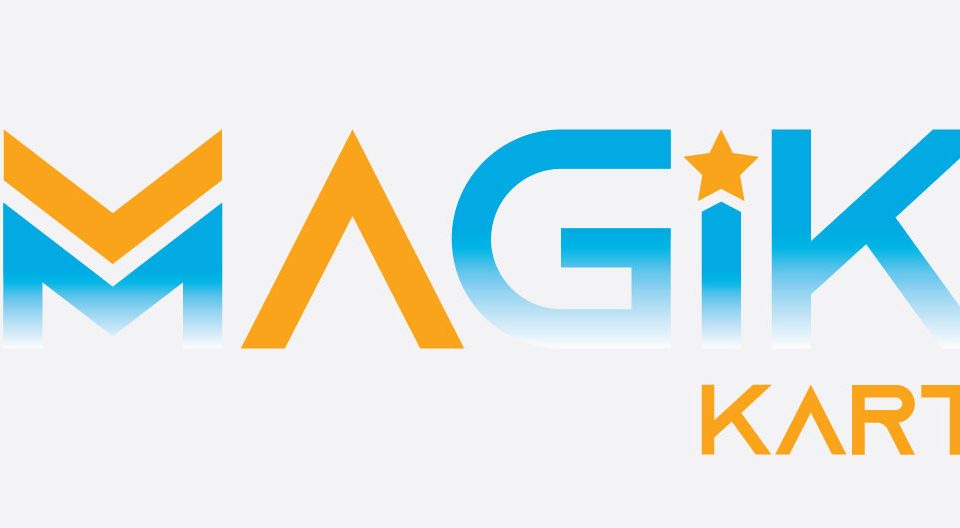